By Michelle May, M.D.
http://www.AmIHungry.com

Whether you are setting personal goals for better health or business goals for getting organized and increasing profit, the key to successful New Year’s Resolutions is to create a strategic plan.  The following ten steps will guide you through the goal setting and achievement process.

1. Assess Your Starting Point:  Take an accurate and detailed assessment of where you are presently relative to the goal you would like to achieve.

2. Consider Your Values:  Goals based on your core principles and values will form a passionate attitude.

3. Dream:  Go for areas that inspire and challenge you.  Project yourself into the future and write down your ideal scenario.

4. Define & Clarify:  Narrow down your goals to those that inspire you the most.  Make them so clear that you can see them, feel them, and measure them.

5. Write it Down:  Write your goals in positive terms using detailed words and/or pictures.  Put them in a place where you will see them often.

6. Develop a Plan:  Set long and short goals, including a timeline with deadlines.  Be flexible and open to new opportunities and paths to your goals but be careful of detours.

7.  Identify Obstacles and Possible Solutions:  Expect setbacks and learn to recover from them.

9.   Make it Happen: Periodically assess your progress, adjusting your approach and/or modifying goals as necessary.

10. Reward Yourself: Small and large incentives will keep you motivated to reach your short and long term goals.  Keep in mind that the greatest reward is in knowing that you have done your best!

Contact WWW today at 727-522-7777 or by email at tblocker@w3ins.com for a FREE wellness calendar to plan out the new year.

Michelle May, M.D. is a recovered yo-yo dieter, founder of the Am I Hungry?® Mindful Eating Program, and award-winning author of Eat What You Love, Love What You Eat: How To Break Your Eat-Repent-Repeat Cycle.

Do you have a holiday plan to “Maintain-NOT-Gain” weight this season?

Holidays are approaching. It is easy to over-eat and skip workouts for the next few months. Too much to do, holiday stress, and “unhealthy foods” abound. Take control of your holidays with a little planning and some healthy habits. Remember, the easiest way to keep off the pounds is to burn off as many calories as you take in. If you are eating more, you need to burn more off with exercise. In 2012, the U.S. Congress passed the Biggert-Waters Flood Insurance Reform Act. This requires a number of changes to the National Flood Insurance Program (NFIP). These law changes are mainly the result of rising costs and consequences of flooding over the past few years.

Some of these changes have already been put in place and others will be implemented in the coming months.  Key provisions of the legislation will require the NFIP to raise rates to reflect true flood risk, make the program more financially stable, and change how Flood Insurance Rate Map (FIRM) updates impact policyholders. The changes will mean premium rate increases for policyholders over time and they must be adhered to by all insurance companies who write flood insurance.

Effective October 1, 2013, the NFIP (National Flood Insurance Program) will no longer allow renewals for Pre-FIRM (built prior to 1975) business property in a Special Flood Hazard Area (this includes all A & V Zone properties) to continue receiving subsidized premium rates.  Business property flood renewals will experience a premium rate increase of 25% annually until their premium reflects true risk or until the owners submit a new elevation certificate.

New Business Property purchases that are Pre-FIRM and in Special Flood Hazard Areas will no longer be able to assume the seller’s flood policy and will be required to obtain an elevation certificate and pay the full actuarial rates.  Please note: allowing a flood policy to lapse, even if it’s the fault of your Mortgagee, can trigger rate changes and require you to obtain an Elevation Certificate to secure flood coverage.

Business Property is defined as any non-residential building that produces income, or a building designed for use as office or retail space, or for wholesale, hospitality, or similar uses.

General rate increases for all flood policy holders prior to the Biggert – Waters Act was a maximum of 10% per year.  With the passage of this Act, the maximum annual increase will be 20%. Additionally, Federal Rate Fee is increasing from $40 to $44.

If you don’t have an elevation certificate for your building, you will need to hire a surveyor to come to your property to complete the certificate. Also, effective October 1, 2013, a 5% Reserve Fund will be added to all flood policies except Preferred Risk Policies. Contact your WWW representative for a lists of surveyors in the area.

This section of the bill requires an adjustment to the rating for all policies when their community adopts a new Flood Insurance Rate Map.  This will be phased in over the five years following the effective date of the map change or revision.

It is important to note that actions such as buying a property, allowing a policy to lapse (even if it’s the fault of your Mortgagee), or purchasing a new policy can trigger rate changes and will require you to obtain an Elevation Certificate to secure flood coverage.  We can advise how these changes might affect your flood coverage and what options you might have to lower your premium. 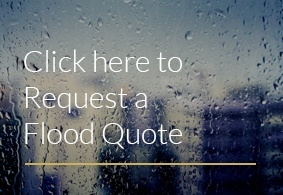 Are your mornings hectic? Do you have trouble finding time for breakfast? Breakfasts can be quick and the benefits are big. A nutritious breakfast will fuel you and your family up for work, the kids’ classroom, or a workout and rev your metabolism.

Make 1 of these easy to-go meals and you’ll get a good balance of healthy carbohydrates and protein so you won’t feel hungry before lunch. All that, and you’ll be out the door in 5 minutes or less.

Toss into the blender:

Instead of waiting at the drive-thru window:

Crunch by the Handfull

You don’t have to eat cereal with milk from a bowl.

We are receiving many questions on recent rulings regarding the Defense of Marriage Act (DOMA).  Employers and employees have awaited federal guidance on how the decision would affect taxation and eligibility for employer-based benefits for same sex spouses and domestic partners. The ruling effective September 16, 2013 does not expand marriage rights to other forms of same-sex unions such as civil unions or domestic partnerships; it only applies to couples who are legally married under state law.

This legislation is far reaching and we do not anticipate one cut and dry answer or set of instructions on how employers need to comply with the effects of the DOMA reversal.

Under this ruling, a same-sex married couple will be considered married for all federal tax purposes requiring marriage, such as tax-return filing status, dependency and deduction availability, and employee benefits.  If an employer offers benefits to same-sex spouses but requires payment for that coverage on an after tax basis, this practice must cease (although it remains the practice for other non-marriage unions, such as domestic partnerships and civil union partners).  Coverage for the same-sex spouse may be paid with pre-tax dollars.  In addition, for tax year 2013 and going forward, same-sex spouses generally must file using a married filing separately or joint filing status. The IRS is expected to issue future guidance on reimbursement on previous same sex benefits that were offered after tax.

Here is a quick review of that recent guidance and a court case that gives us some insight.

Department of Labor (DOL) and FMLA

The DOL website was revised with an FAQ to clarify that when granting FMLA the employer must look to the state in which the employee resides when providing FMLA for the care of a spouse.  This FAQ defines a spouse as “a husband or wife as defined or recognized under state law for purposes of marriage in the state where the employee resides, including “common law” marriage and same sex marriage.” Therefore, while the employer may be in a state that does not recognize or permit same sex marriage, the employer must provide FMLA for an employee that has a same sex spouse and resides in a state that allows for or recognizes same sex spouses.

This federal court case involves a same sex couple who were legally married in Maryland and resided in Ohio, a state that neither permits nor recognizes same sex marriage. The couple got married due to the imminent death of one of the spouses and wanted the marriage to be recognized for estate purposes.

The court ruled that the couple had established a likelihood of prevailing on their claim that the state had no purpose in not recognizing their marriage and ordered the state not to refuse a death certificate that listed the couple as married. According to the court, the state’s refusal to recognize same sex marriages that were legally performed elsewhere serves no purpose other than to create inequality and is therefore, unconstitutional.

This case bears out that regulators may decide that the recognition of same sex marriage should be based on the state of celebration versus the state of residence.

The Social Security Administration recently said the demise of DOMA means gay couples who were married in one of the 13 states that allow such unions — and who also live in one of those states — can collect “spousal retirement benefits.”

SSA income benefits are also available to individuals who are treated as spouses under their state’s inheritance laws. Some states confer this spousal status to same sex individuals even though the state does not permit or recognize same sex marriage.

Consequently, even if the state where the same sex couple resides does not permit or recognize same sex marriage, the SSA might provide income benefits under the spousal benefit provision of the Social Security statute if the partners have inheritance rights in that state.

This announcement is an example of the complexity of trying to fit together seemingly unrelated pieces of regulation that would be easier if same sex couples were recognized by federal regulations no matter where the couple resides.

WWW will continue to monitor the updates and clarification and release information as it becomes available.