It seems every time you turn around there is another opinion issued by a Judge of Compensation Claims (JCC) or First District Court of Appeals and unfortunately, it is almost never in favor of the employer/carrier.  Each new opinion brings with it the likeliness of another hurdle or obstacle a workers’ compensation adjuster must deal with.

In May of this year the First District of Appeals rendered an opinion regarding major contributing cause (MCC) and 120 day rule.

The 120-day rule allows a carrier to delay the decision to deny an obligation to pay benefits for 120 days as long as the carrier pays for the requested benefits during the investigation period.

However, the First DCA reversed the JCC ruling by stating the carrier did not notify the claimant in writing of the intent to investigate under the 120 day rule.

In the event one of your employees has a claim denied or the adjuster is investigating for possible denial, it is imperative to be sure the adjuster send the employee the 120-day letter to reserve those rights. 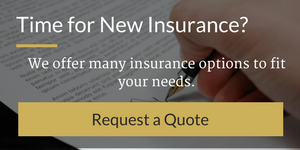